Falling Back into Fall 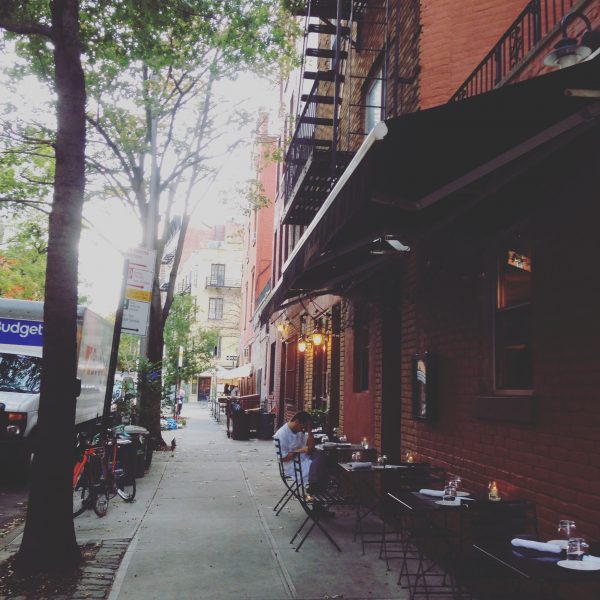 So here we are, another summer has faded into fall.

It wasn’t the most subtle transition, but it’s happened and we’re here.

Summer is and was always a little hiatus from life, a little break, at least for me. Anything pressing is put on the back burner. Any real responsibilities and stresses suddenly seem second tier. Expectations can certainly be high for summer – summer flings, days at the beach, rooftop bars, fantastical Euro trips, nights out every day of the week in the warm air – all mandatory for a ‘perfect’ summer. But we’re also granted some leniency. Time moves a little bit slower, we’re allowed to be a little bit less stressed, a little bit less anxious, a bit more bold.

And now, as the sidewalks get covered by leaves and sun-kissed skin gets covered by scarves and knits, I find myself back where I started in the spring, feeling unsure and unbelievably lost.

I have a month left in New York before I venture off in the hopes of being somewhere where I won’t be as distracted. Maybe I’ll come back, maybe I won’t.

I guess I never really figured it out. I didn’t “win” New York. And I know, one does not simply “win” a city, but I had hoped that I would transition after I had sort of figured things out. And I know I know, I’m 23 and still in my very early twenties. I know I have plenty of time and frankly, who has it figured out that early? But still, I would love nothing more than just a sign or some sort of light to follow in terms of where I should go or what I should do next. This desire is so frustratingly strong, but it feels like there is no solution in sight.

I’m lucky to have some wonderful friends and family who support me as I try to figure it out. But I have to say, people try to help me by saying, “So all you have to figure out is what you want to do, and then you can go from there!” I love them, but that’s the problem – I don’t have a greater goal that I can aspire to reach. It’s like climbing a mountain with no peak in sight. A peak might not even exist! It’s like walking into this bleak infinity that induces anxiety and hacks at your confidence.

I wish I were one of those people who could take a job and just stick with it because it’s the right thing to do and a necessary stepping stone. But I can’t. I just can’t bring myself to do anything that isn’t meaningful. Cue the “millennials are the worst” dialogue, but seriously, I can’t bring myself to take a job simply because I should. When I’m working on something I love and am passionate about, I could work for days without eating or sleeping, I kid you not. But otherwise, I just hate everything about everything. I am truly happy for those who can be patient and take things as they come, seriously. Some people just live patiently and consistently and reap those rewards, and they full deserve it. I just can’t. This all just makes me feel so goddamn indecisive!

Summer was just so easy. I thought the idea of my social network would keep me in a city as well, but I’ve realized that as much as I love my friends, even my closest ones, everybody has their own life to worry about. The fall weather just isn’t as effective in tempting those out of their apartments the way summer did. Everybody is on their own schedule, and you can’t expect to be anybody’s priority. Everybody falls back into their own lives, and I’m expected to fall back into mine. It has been a bit sad but also pretty liberating and enlightening to learn that proximity just isn’t that important. You’ll see whom you want to see as often as you make it, even those in California or all the way in China.

I haven’t formed bonds with people because they too live in New York. I’ve become closer to people because I realize that we share interests and values, whether it be in movies and music, the shared experiences of high school, golf and food, or in humility and kindness. But I’ve come to appreciate generosity and genuineness (is that a word?) more than anything. Wall Street is certainly not the deciding factor in whether or not somebody buys you a drink.

Basically, that safety net called summer isn’t here anymore. I’m just so lost!!!! Weekends are still fun and work is still up and down, but wine can’t be the only solution! I just keep reminding myself and others in the same boat that this is temporary. This isn’t permanent. And even if we don’t figure it out, we’ll find peace with that. We’re figuring things out as we go. But I guess “It’s growth. It’s gonna be new. You’re gonna have a new life, you’re gonna be a new person.” And regardless, when things get too tough, summer always come backs around 🙂

Benefit of Fall: Broadway Bites has started back up! My first meal was Lobster Mac n Cheese 😉  So here are photos of food because I’m fucking nice (and you’re nice for reading).