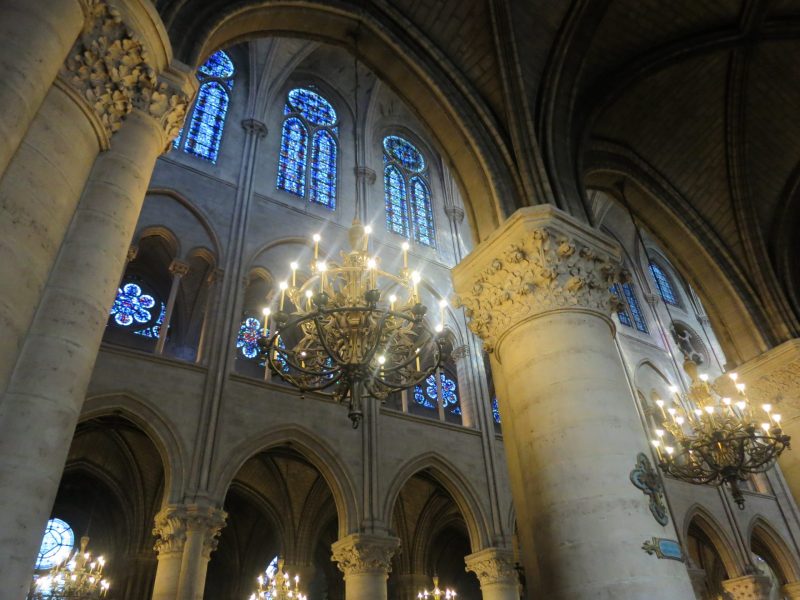 As many of you know, I thoroughly enjoy living up to my stereotype – I have a Hello Kitty debit card, a Hello Kitty phone case, I say “herro” instead of “hello” (still wish our dean had let my original senior prediction in the yearbook “Kristen Lee will pronounce her L’s”), and I literally experience withdrawal from Asian food (I swear I smelled soy sauce the other day, but somebody told me it was dog shit).

So of course, I need to live up to one of the most well-known stereotypes: Asian tourist. Although I was lacking my Minnie Mouse ears and the ferocity with which many Asian women make their way to the front of the line, my friends and I still made it to go to the Notre Dame and climb to the top, camera at the ready (investing in a fanny pack soon, don’t you worry).

We had just gotten to the end of the line to go to the top of the cathedral when the security guy in charge told us it was closed for the day. We didn’t really fight him though and I just kind of frolicked away with a little “wah boo” until we heard somebody telling us to come back. Apparently, my cute dumpling charm worked and the man in charge told us we could be the last ones to get in line.

After that, we got to enjoy a one-man show: the security guard was telling person after couple after family that it was closed for the day and that it was open tomorrow. It was actually one of the most entertaining spectacles I’ve experienced since I’ve been here – the different excuses people would come up with such as, “It’s my last day in Paris,” (apparently everybody saved the Notre Dame for 5PM on their last day…) or “I’m never coming back here again,” or “PLEASE, I BEG OF YOU!!!!” To my dismay, many of my kind pretended they didn’t understand what he was saying and would stubbornly stand in line, despite the security guard’s protests, until they would finally be like “Ohhhh yes crosed,” and walk away, camera bouncing back and forth around their necks. Finally, one of the other people waiting in line with us joked to the security guard, “You have a thankless job,” and the guard laughed, “I’m always the bad guy, but I love it. I crush people’s dreams,” and laughed a hearty laugh, all of us joining in, slightly uncomfortable because we barely made the cut but also just because it was so funny.

Finally, we got to climbing the old home of our beloved Quasimodo.

For the record, we were only able to get to the top because we had a Nutella crêpe while we waited in line.

OMG! If you wore your hot German girl outfit, you could have been Esmerelda!!!