Get Fat in Japan!! 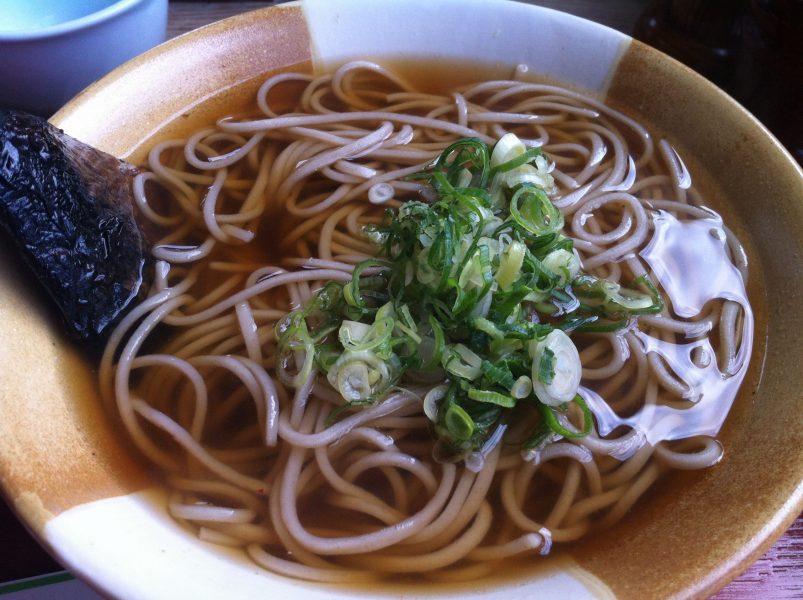 I had spent a long but wonderful summer in San Francisco, a city, I would argue, is one of the top culinary hot spots in the world. But I had also heard that food in Japan is unparalleled (from the likes of my father who has a very obsessive personality). So I arrived in Seoul (not in Japan yet!!), jet-lagged and hungry, as always, and before I knew it, LITERALLY before I knew it as in the next day, I was in Kyoto.

I believe I’m notorious among my friends for planning meals days in advance and making sure everybody orders the best dishes on the menu, but I have nothing, nothing, nothing, if I don’t have you—oops. I mean I am nothing compared to my dad. Family vacations aren’t to go sightseeing. If anything, sightseeing and quality family time is a side dish the way vegetables are to every steak (unless you’re in Germany), and food is the spirit, focus, and purpose of the trip.

Our first stop was a small eatery that is over 100 years old that serves “Saba Sushi,” preserved rice and fish. Seeing the word “preserved” or “preservative” is not always the most appetizing, but this was one of my favorite meals while I was in Japan. It was really very simple-rice with fish. But the idea is that since Kyoto is not near the sea, it’s harder to access fresh fish, hence, preservation becomes key. The rice and fish are both seasoned and preserved with salt, vinegar, and sugar, giving each deceivingly simple bite a flavorful twist. Rice has never been more delicious.

With no break in between except a belt size larger and a block away, was a soba house. Soba is buckwheat noodles served in hot soup or served bare with the option of dipping it in the soy sauce based…sauce. Everything we ate there was also deceivingly simple. There were no rich or jarringly apparent flavors. All we had to work with was the minimalistic soup and the perfectly cooked noodles.

That little fish in the bowl of Soba is I believe called Nishing, which is in season. We had it in a lot of our dishes through my short trip.

I’m kind of losing track of all of the things we ate because I would generally fall into minor comas after eating, but I believe we ate at a French restaurant called Bistro Sept. A little random, but it was Japanese-style French cuisine. French cuisine tends to be very greasy and heavy, but because it was in the style of the Japanese, the portions weren’t disproportionate to our stomachs and I wasn’t searching for bread or wine to soak up any butter (I don’t think it works that way, but you know what I mean).

One of the things that struck me about most of the restaurants is that they were very small and within those small confines, there were usually only two to three workers, chef and waiters included. They would do all of the work (control freaks to the max!!). But this reflects the perfection the Japanese strive for in their food and cuisine. Every detail has to be just right to make the dining experience perfect. I don’t think anybody can complain when the food and hospitality are above par, especially when you’re on family vacation…with your family.

This restaurant is most famous for the below which is called “Hamburg Steak” (roughly translated). It is something like a fusion of American hamburgers, cooked in the style of steak, but not as heavy (the Asian component).

I’m not doing this in order anymore. I have undiagnosed ADD and I just want get to posting this.

We had dessert three times this trip. We had green tea ice cream twice and dessert at the French restaurant, which was creme brulée and cheese. Let me tell you—green tea ice cream usually consists of maybe 2% green tea and the other 98% ice cream. But in Japan, FLIP IT BOP IT TWIST IT TURN IT. The ice cream is so infused with green tea that you feel like you’re just eating green tea in ice cream form. It’s so delicious. And then sometimes, they add mochi. More mochi, more lovin’.

One of our stops was also a branch off of a Michelin rated two-star restaurant. It was the most casual version of it but just as delicious. See below and drool.

We also of course had to have sushi. What’s Japan without sushi??!! It’s actually a lot of things, but for our purposes, it’s nothing. This was another example of your small Japanese restaurant with a total of three people doing everything. Quick story: when we got there, my whole family needed to use the bathroom, but it was one of those single bathrooms. So we each went one at a time, and by the time it was my dad’s turn, the sushi chef was trying not to laugh. Lee Family takes Japan by storm!!

Each sushi chef has his own style in exactly the same way each artist has their own style. Sushi is more than food-it’s an art. Not even kidding. This chef used more rice than I’m used to, but it was very warm and carefully flavored, to go perfectly with the thin slices of fish. I took a picture of every piece of sushi (13 is the traditional number that comes out), so I’ll just post one…and post the rest later as a follow up!!

One of my favorite restaurants was this Kushiyaki spot. Kushiyaki is the Japanese equivalent of kebabs, but I think it becomes much more artful. The restaurant, which, again, was tiny, was layed out like a very small sushi bar, with the grill in the middle, so we could see everything as it happened. The chef was probably one of the most hilarious people I’ve ever met, posing for a picture and using his broken Engrish and Korean in the most comedic way possible.

Even though he would leave the meat on the grill as if he had forgotten about it or was going about tending to the other customers, he would go back just in time for the meat to be cooked to tender and succulent perfection. I had never seen a chef so passionate about what he did and so happy about it. But this is a common trend in Japan because the chef in Japan is highly revered and respected. Considering they’re the ones feeding us and keeping our stomachs happy, I wish chefs elsewhere were shown the same amount of respect and courtesy for their art. All they want to hear is that what they have created for you is good. Commonly overlooked, but understandable. Anyway, really great atmosphere and experience. (I still can’t quite stomach intestines – pun intended – but the tongue was quite good). Yes, you read that right.

Quail eggs were one of my favorite

This was some of the best rice I’ve ever had. It was infused with butter and garlic…in the best way possible.

And we topped it off with this bread with melted cheese and mushrooms. I’m pretty sure I looked like somebody who had just had a dental procedure with a numbed mouth because I was salivating and eating this like a caveman.

We ate maybe a bajillion more things, but like I said, food comas don’t help people who suffer undiagnosed short term memory loss, like myself.

This post is titled Get Fat in Japan!!, but it should be noted that you probably won’t get fat, because the quality of food is so much healthier. Sugar levels were considerably lower and although sodium content can be higher, it’s not like you are drinking soy sauce, against previous misconceptions. So pick up those chopsticks, jump on your Lapras or Dragonite, and head on over to Japan!!

[…] New York, and then the ones that are essentially food capitals of the world, such as France and Japan. However, London had never been considered that. In fact, the UK is known for their very plain and […]