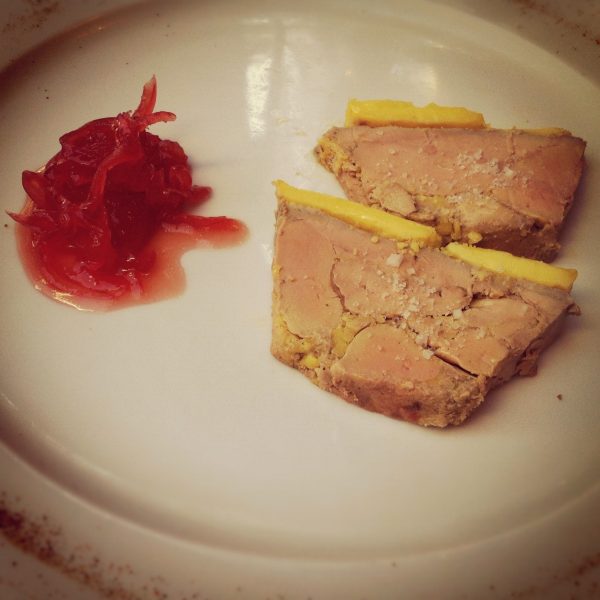 Go hard or go home…the latter is not a choice, so go hard it is.

I’m reporting live from my hotel in Tours, jetlagged and hungry. My semester abroad begins!!

For the first two weeks, we have an orientation program in Tours, which is a two hour train ride outside of Paris. It’s known for being in a region with the “purest” form of the French language. Purebloods…

Carrying three pieces of luggage is not easy on your limbs or sweat glands, hence why I showered first thing.

After that though, my stomach got the best of me and I went searching for food. Tours must have a curfew or just be a quiet small town, because most things were closed by 7PM, but I managed to find a German-style French Brasserie, where I ordered my first meal in France: foie gras!! Other than the fact that my waitress probably thinks I’m crazy since I randomly got up from my seat due to a bee, it was a very relaxing first meal. I got to look around and figure out when and how people pay and what people were doing (I was the only one on my cellphone…oops!). Conversations were quiet and everybody, LITERALLY EVERYBODY, had beer on the table. Clearly I missed the memo. But if I had ordered anything to drink, I probably would have passed out on the spot.

I’m excited to try out the some of the bakeries and sandwich shops tomorrow morning. And then I’ll be off to meet the rest of the program group mid-afternoon!! For now, sleep…